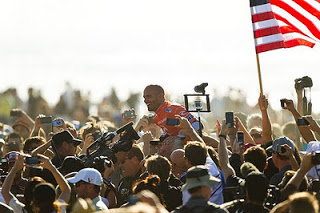 I’m sure by now you’ve all heard that Kelly Slater has won his unprecedented Eleventh World Title at the Rip Curl Pro Search, Somewhere in San Francisco. Kelly locked down the title in the final minutes of the Third Round in classic Slater fashion eliminating Australian Dan Ross. Unbelievable to think but it looked like Kelly was destined this year as he and Owen Wright battled for first and second contest after contest. Ironically Wright had the heat just after Kelly’s and had to surf it while Kelly was getting mobbed on the beach.
Ironically also Kelly locked down the title on the anniversary of Andy Irons untimely death. After a year of being asked question after question about Irons. Kelly sat dawn and spoke candidly about the life and his relationship with Andy Irons. Here’s what Kelly had to say:

How I Remember Andy 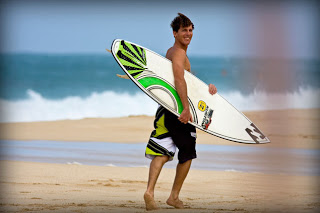