Sure, it
would be easy to give you a typical rundown of what went down this past weekend
at the 2017 Boardroom Show in Del Mar.

It would be easy to mention that for the tenth
year in a row the event was a rare and wonderful opportunity to rub shoulders with
the past, present, and future mavericks of the board-building industry. That
stoke was passed around like it was free (it is), and that creative innovation
was the champion of day.
Of course if
we were to do that, we would have to mention that the actual champion of the
show’s Icons Of Foam shape-off was
San Diego County’s very own Rex Marechal in a dogged showdown to replicate one
of Kelly Slater’s most iconic Al Merrick surfboards. We would be sure to
clarify that this was no simple task, going up against the likes of names like
Christenson, Kinoshita, Sakal, and Hinds (just to name a few!). It would likely
go without saying that the whole reason for all of it was to rightfully honor
Merrick, a man who has been inarguably at the forefront of surfboard progression
for near fifty years (but we would probably say it anyways).
Lastly, we
would more than likely make a small jab or two at you if you missed the event,
just in jest. We would say if you could have been there, then you definitely
should have been there. We would say it was nothing short of an amazing weekend
spent with some amazing craftsmen and women.
That’s what
we would say if we were to give you
some sort of recap of the events that transpired this past weekend, which it
seems we now have. 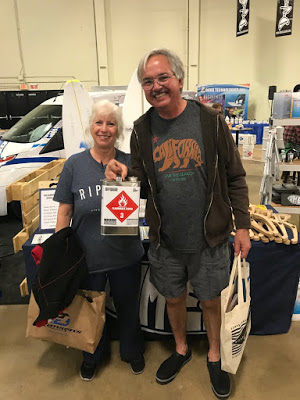 Thanks to everyone who stopped by our booth and congrats to those who won our giveaways! See you all down there next year!